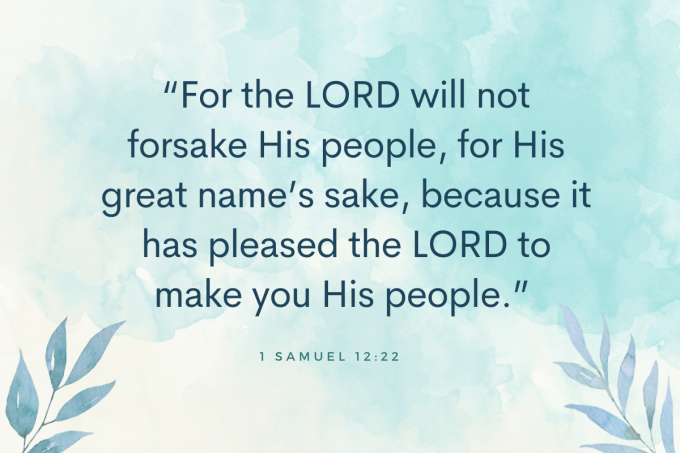 Here’s a word from Dawson…

Just a question for you to think about…to ponder as we say.

What hurts you more, if somebody you hardly know turns against you or your very best friend?

Think of the pain Jesus had to go through to announce that Judas was going to betray Him. Think of that! Jesus loved him with a perfect love, but He had to announce this man who was, “going to forsake me.”

It’s one thing when your enemies turn against you, it’s something else when some of your best friends do it. Here’s what scripture says,

“For the LORD will not forsake His people.”

“For the LORD will not forsake His people, for His great name’s sake.”

“For the LORD will not forsake His people.”

Flat out, will not do it.

“For His great name’s sake, because it has pleased the LORD to make you His people.”

“It has pleased the LORD to make you His people.”

For reasons you and I will never completely understand, well, maybe when we get to glory, how is it God has loved us like He has? How is it He continues to take us up, clean us up, walk with us, and never forsake us? We don’t know. All we can do, in awe and praise is say, “Thank you, Lord, because you will never forsake me. Others might, but never you.”

That should give us all a little confidence!

My friend, Dawson McAllister, created many timely life lessons for the everyday challenges we all face, I’m honored to continue sharing them with you each week.

Be sure to listen to Dawson’s recorded version of this Life Lesson by clicking play.