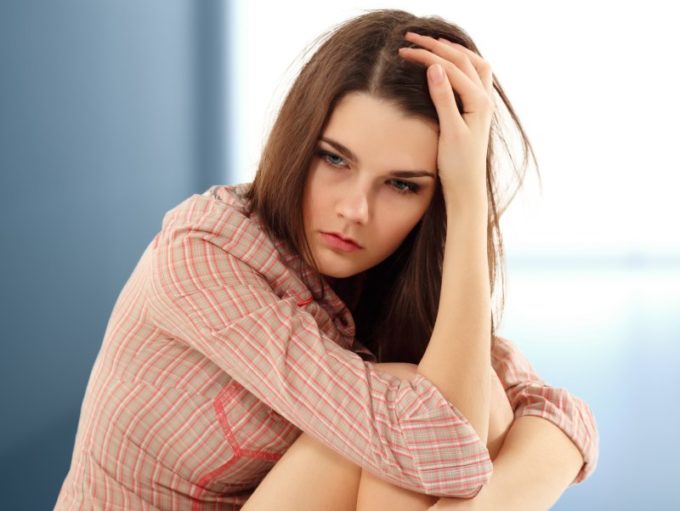 This post is written by a young lady named Taber and was originally published on Heart Support, it has been reused with permission by: The Heart Support Team. Heart Support is a partner organization of ours founded by Jake Luhrs, lead singer of Grammy-nominated metal band, August Burns Red. It is a place where every music fan can heal and grow stronger. I share this post today because it is a transparent and raw testimony of a young lady who grew up in the church, made many bad choices, became angry at God and then found her way back. Anytime we can take a look inside someone’s journey, hopefully we will gain new perspective, understanding and compassion for the struggles many face. – Dawson

“My rage at God had manifested itself in my everyday life.”

Depression. Anxiety. PTSD. Bipolar. All terms I have heard in the last year as people try to explain what’s wrong with me. I’m 21 and just now receiving the help I needed 6 years ago. I started cutting when I was 15. It was my way of controlling my world that was quickly spiraling downwards. When I started high school, I put so much of my self-worth in the people around me. I needed a boyfriend, and I wasn’t picky or cautious. A year into my first relationship, I was raped. I had that gift taken from me by someone I thought loved me. So here’s life knocking me down another notch, and the depression became accompanied by shame and guilt.

I learned to hide my cuts, and began to think that sex was no longer special. I jumped from boyfriend to boyfriend and the rampaging depression from everyone. When I was being used, I accepted it because it was the only way I felt like I meant anything. I was slowly losing my relationship with God. But I didn’t care because I felt abandoned.

I was then violently raped by another boyfriend. At that point I felt completely alone. I still went to church because I ran sound for the band, and it was something I loved to do, but I wasn’t there for the right reasons. I still hadn’t learned my lesson with men, and entered an emotionally abusive and controlling relationship. I was forced to cut ties with my family and friends. I started suffering from anxiety attacks and could feel the suicidal thoughts start to become stronger. I finally got out of the relationship, but my depression was so severe that I couldn’t control my cutting and suicidal thoughts. I was angry. Angry at my situation, angry at him, but mostly angry at God. How could he let this happen to me? I entered counseling and was diagnosed with PTSD. When things weren’t getting better, I entered an outpatient day therapy program through the hospital. I refused God and his love because I couldn’t forgive myself and because I blamed him for my problems.

Fast forward to now, almost a year later, with a DUI, drug habits, and a self-loathing that I couldn’t control, I finally called out for help. My rage at God had manifested itself in my everyday life and I became violent towards my family. I was at my breaking point and I couldn’t handle it on my own. I prayed and prayed for an answer to my problems and one day it hit me like a ton of bricks. God wasn’t the cause of my problems in life… I was. I had turned away from the one that loved me through all of my mistakes and had the grace I needed to accept. I find out soon if I have bipolar disorder, and I’m praying constantly for an answer along with the strength to accept God’s forgiveness and his unending love.

We are all deserving of the grace that he offers, including me. This imperfect, abused, and beat down person is deserving of grace. Deserving of love. And most importantly, forgiveness. Learning that lesson has been the hardest one to grasp in the midst of everything I’ve been dealing with. But we, as his children, need to ask for it before it can be given. Only then does He know that we are ready to receive it. So I pray not only for myself, but for everyone struggling in their life, to reach out and accept His grace and love, because YOU are worth it. YOU are deserving of it. And so am I.

In His Name,
Taber