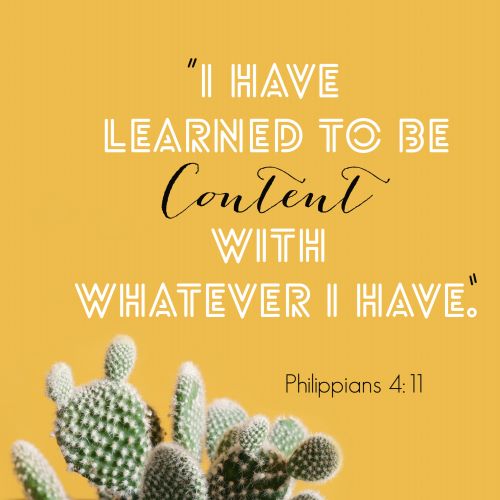 Sometimes when I visit Fulton, I come away amazed at how content he is. Being content means to be in a state of peaceful happiness. I don’t know if I could ever be that peaceful. But Fulton seems to take most things in stride; even though physically he’s in a terrible mess. How can this be?

The apostle Paul learned the secret of contentment. Being totally content, apart from God, is impossible. But Paul found true happiness when he became a Christian. He did not start out being a contented man. He was full of bitterness, resentment, hate, rage, and rebellion. The more religious he became, the more resentful. He was religious but miserable. But he came to the place where everything changed when Christ appeared to him. He responded to the God who loved him. From then on he left his discontentment behind and learned from the Lord how to be safe, secure and satisfied in Christ, whatever the situation.

I have learned many things from Fulton yet learning to be content is at the top of my list. As the apostle Paul wrote, “Not that I was ever in need, for I have learned how to be content with whatever I have. I know how to live on almost nothing or with everything. I have learned the secret of living in every situation, whether it is with a full stomach or empty, with plenty or little. For I can do everything through Christ, who gives me strength.” Philippians 4:11-13

One thought on “Learning the Secret of Contentment”