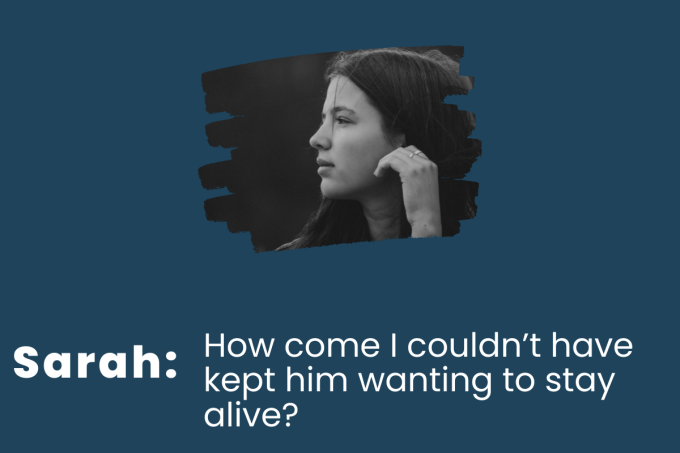 When someone you care about attempts suicide, it hurts. It can also produce intense guilt. Listen-in as Dawson helps Sarah process her guilt over her boyfriend’s attempted suicide.

(Introduction) Are you or your teen searching for hope or encouragement today? You’re not alone! A call with Dawson McAllister…

Sarah: I was in a relationship with this guy. It had been maybe about a year and a half. A year into the relationship, I learned a lot about him. I learned that he had Asperger’s.

Dawson: You found out he was autistic?

Sarah: Yeah. A month ago, I got a text message from him. Basically, it said, “I just took 12 sleeping pills and about 18 aspirin.” He said, “I love you, but you need to move on with your life.” And I called him, and at that point he was unconscious.

I found his hospital and I called the hospital and I talked to one of his Sergeants. He told me that he was alive; that it was a good thing that I called because all he was saying was of me, and how he wanted to see me and everything.

I kind of get the feeling… every morning when I wake up, I always have this question: How come I couldn’t have kept him wanting to stay alive?

Dawson: He has emotional problems that have very little to do, if anything, with you. So, you’re putting way too much pressure on yourself, that’s number one. You’re in over your head. We want to be loving and he needs to get help wherever he is, but he’s over your head. You don’t know what he’s going to do next. And you’re not going to be able to rescue him or stop him from trying it again.

(Conclusion) Connecting with teens is hard, especially today. Learn how to help the teen in your life by going to: TheHopeLine.com/radio.