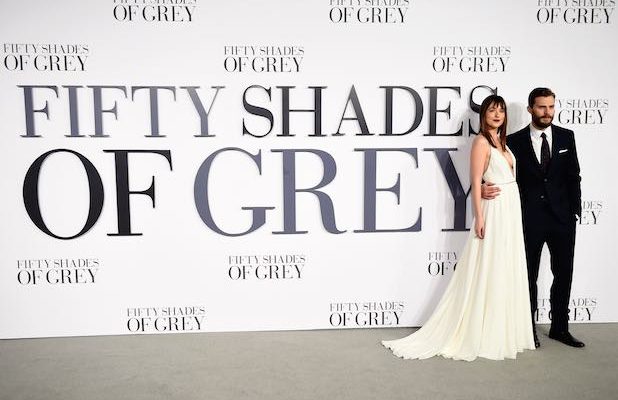 Chances are you’ve heard of the 50 Shades of Grey book and movie franchise. The second movie, Fifty Shades Darker, will hit theaters this week. This series has quite the following despite the fact that it essentially is a story that glamorizes a man who emotionally and sexually abuses a young woman. Since this is now mainstream media, our kids are hearing about it and forming opinions on this subject matter. Are you prepared to talk about it and help them shape an accurate picture of what a loving relationship involves? Our friends at The National Center on Sexual Exploitation are allowing us to share this blog today in the hopes of starting the dialogue. – Dawson McAllister

Why Is This Mom Grateful for Fifty Shades of Grey?

It’s midnight on New Year’s Eve, and my hubby and I have just finished watching the ball drop. The first commercial I see in 2017? A preview for Fifty Shades Darker, coming right before Valentine’s Day. No joke.

Whether we like it or not, our culture has entered a pronounced Grey period. The books swept the market like wildfire, the first movie caused quite a ruckus, and the sequel will hit theaters in just a few weeks. 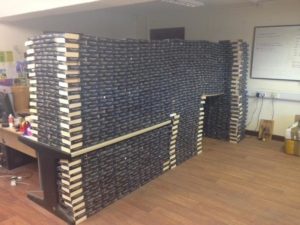 This second-hand bookstore in Wales had enough copies of Fifty Shades to build a small fort! And as much as I hate what it stands for, I have to say I’m grateful for the public dialogue that has ensued in the wake of the Fifty Shades of Grey franchise.

The books were written for women. I’m a woman, so naturally I’ve been aware of them since they came out: I’m in the target audience, and so are my friends.

It’s funny … the first time I heard the title was in a gathering of betrayed wives. We were at a retreat in the mountains, in a ‘safe place,’ discussing pornography, adultery, abuse, sharing our horror stories and laughing like crazy about how nuts our lives had become.

Toward the end of the weekend, someone brought up Fifty Shades. She said her girlfriends had been reading it, using techniques from the book to “spice things up” in the bedroom, and asked if we thought it was appropriate. A few faces flushed. Some eyes dropped to the floor. Other women nodded knowingly. I had no idea what they were talking about.

When she finished, her eyes were bulging and she was breathing hard. I understand. I am a survivor of abuse too. 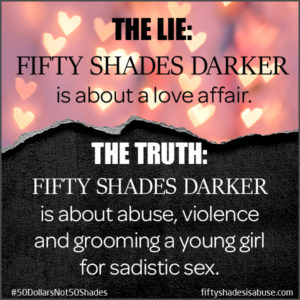 For years, as the books rolled out, I continued to hear flutters on the wind about them. A whisper here, a giggle or blush there. Once in awhile a friend might mention Fifty Shades with a questioning glance, unsure if those around her were ‘okay’ with it. But nothing really out loud except that isolated outburst.

A lot has changed since then. Soon Fifty Shades Darker (the sequel) is coming to the silver screen, bringing the argument back to the forefront–for better or for worse. And I’m grateful. I’ll take it. It’s better than standing alone in a room, speaking on deaf ears.

People aren’t whispering about Fifty Shades anymore. They are blogging about it. They are signing petitions and organizing boycotts. They are joining social media campaigns, like #50ShadesIsAbuse and #50DollarsNot50Shades, which donate money to battered women’s shelters–where ‘real-life Anas’ end up.

Domestic violence groups, activists, and religious organizations are publicly speaking out against the series. They are standing together. Journalists and commentators have discussed the controversy on USA Today, Good Morning America, CNN, CBS, People, Time, Huffington Post, Entertainment Weekly, Fox News, and other media outlets around the world.

And what have we learned through the public dialogue?

Some families are okay with Fifty Shades entering the public mainstream, and some are not. This fact has become very clear to me as I’ve read blogs, commentaries, and observed online and personal interactions on the topic.

But regardless of anyone’s opinion, this material is here. It is openly, visibly present in our culture. It is now accessible to our children. And it is making a mark. Don’t believe me? Read the stories yourself:

And what about 900 middle- and high-school-aged students that stormed a theater in Florida because they wanted to see the BDSM-themed film? –Huge mob of teens rushes theater after being denied entrance to R-Rated ‘Fifty Shades’ 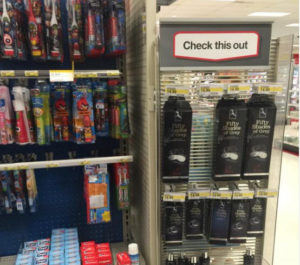 Kids walking past Fifty-Shades-themed sex toys in Target stores while buying Valentines for their schoolmates? Yep. This happened to us. They were all in the same ‘holiday’ section. (One store was more discreet and put the sex toys with the toiletries–except right next to the children’s toothbrushes. Oops!) –Target is Now Selling ‘Fifty Shades’ Sex Toys

Or how about Sacramento families go-karting, driving on Highway 50 or watching Sponge Bob at a nearby screen while Fifty Shades blared in plain view at the drive-in for three nights over Valentine’s weekend? Yeah, that’s not very discreet. –Thousands of People Who Didn’t Want to See ‘Fifty Shades’ Were Forced to See It–Here’s Why

Even if you are not a parent: Something has entered the public awareness that is worthy of your commentary.

The next generation is waiting. They are watching and listening. Of course you know how I feel about it, but … what you tell your children is up to you.