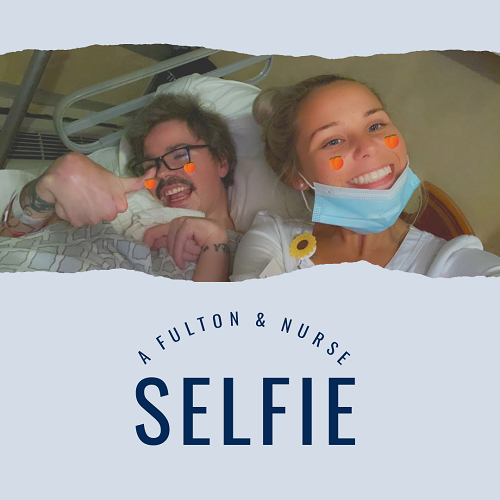 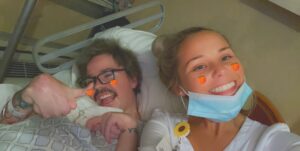 What’s there to like about this picture? Even though Fulton’s hands are twisted, he’s obviously happy…he’s giving a thumbs up. He’s not worried about how the picture is going to turn out. He’s in a selfie and they’re always fun. He also has a nurse friend who loves to laugh with him. They are having a great time! There’s plenty in this selfie to like, but I didn’t see all those things at first.

When I first saw the picture, I said to myself, that boy needs a haircut! He looks like he’s been living somewhere under a bridge. I became all concerned about how his hair looked, and what people might think of him. No pun intended, but I missed the whole picture. Typical parent, getting caught up in the details of their children’s life and missing the much bigger picture. God isn’t like me. He sees us and takes us the way we are. He sees the big picture, and just loves us.

“But God demonstrates his own love for us in this: While we were still sinners, Christ died for us.” Romans 5:8

9 thoughts on “A Fulton & Nurse Selfie”